Malignant brain tumors account for 30% of childhood cancer deaths each year. Diffuse intrinsic pontine glioma (DIPG), affecting an estimated 200-300 children and a similar number of adults in the United States per year. DIPG is one of the most deadly cancers of any type.  The diagnosis of DIPG is typically made using clinical symptoms and magnetic resonance (MR) scans. Because of the location of the tumors in the brainstem, diagnostic biopsies require special neurosurgical expertise and equipment only available in a few specialized centers. Children with DIPG often die within one year from diagnosis and this prognosis has not changed significantly in three decades.

Patients and parents with their physician advocates are challenging the status quo by participating in DIPG research. The recent availability of tissue from stereotactic biopsies and  rapid autopsies has led to studies that show scientists what causes DIPG and what makes it grow.  One important discovery was the common occurrence of missense mutations the Histone 3 genes H3.3 (H3F3A K27M) and H3.1 (HIST1H3B/C K27M). These mutations are present in most DIPGs and represent an early tumorigenic event. The World Health Organization (WHO) now classifies DIPG and non-pontine midline gliomas with these mutations together as a distinct pathologic group known as diffuse midline glioma, H3K27 mutant.  These mutations appear to set the stage for acquiring additional driver mutations.  Each tumor may have a unique set of driver mutations that cause the tumor cells to divide and invade normal brain tissue.  Knowing a tumor’s driver mutations is an important step in selecting treatments that may halt tumor growth.

A preliminary study performed in the Nazarian laboratory at Children’s Research Institute at Children’s National Health System evaluated the potential benefit of liquid biopsy for diagnosis of diffuse midline glioma.  18/20 (90%) of children with H3K27M mutant tumors had detectable circulating tumor DNA (ctDNA) in plasma suggesting that plasma testing may be used to confirm the diagnosis. This is important as documentation of the pathology of the brainstem mass is an important entry requirement for a number of clinical trials. Because H3K27M occurs in diffuse midline glioma and is extremely rare in other cancers, detection of H3K27M in ctDNA can be used in place of tissue biopsy.

Can H3K27M monitoring help determine if a treatment is working?

Interestingly, in the study described above, the blood test results were quantitative and  correlated with tumor volume measured by MR scans. The amount of tumor DNA in plasma decreased when the tumor was responding to therapy, and increased when tumors regrew after therapy.  Imagine not having to wait several months to know if a drug is working or not.

Finding a better and more sensitive way to know that the drug is or isn’t killing tumor cells will help doctors find the best treatment for each patient.

ResourcePath partnered with Dr. Nazarian’s research laboratory and Ahura Biologics  to bring liquid biopsy for diffuse midline glioma into the clinical laboratory setting. ResourcePath took the valuable information learned by Dr. Nazarian’s group and others to update and optimize a ddPCR assay to detect minute amounts of tumor DNA in the blood.  Initial testing confirmed that tumor DNA harboring H3K27M mutations is detectable in blood in about 60% of patients. In addition, in a small pilot study with Oncoceutics, Inc, we learned that the quantity of tumor DNA in blood corresponds with response to treatment and size of the tumor as measured by MR scan.

Over the next several months we will be  working with Dr. Fred Kramer and Diana Vargas-Gold at the Public Health Research Institute at Rutgers University to maximize the sensitivity of our test and expand the spectrum of mutations  the test can detect to include H3F3A G34R/V and BRAF V600E .  ResourcePath is also partnering with Oncoceutics, Inc to study the use of ResourcePath’s blood test as a biomarker that measures response to therapy.

What patients and physicians need to know

We have instituted a temporary hold on testing clinical samples  until our new, improved assay is analytically validated.  If you have any questions or concerns, please contact us for more information at 571-375-0755 or info@resourcepath.net. 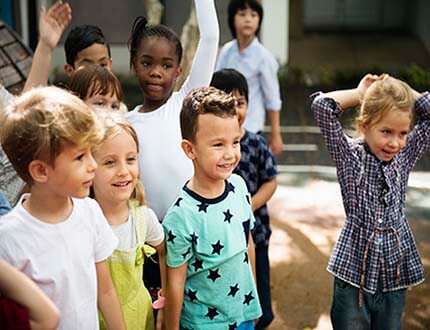